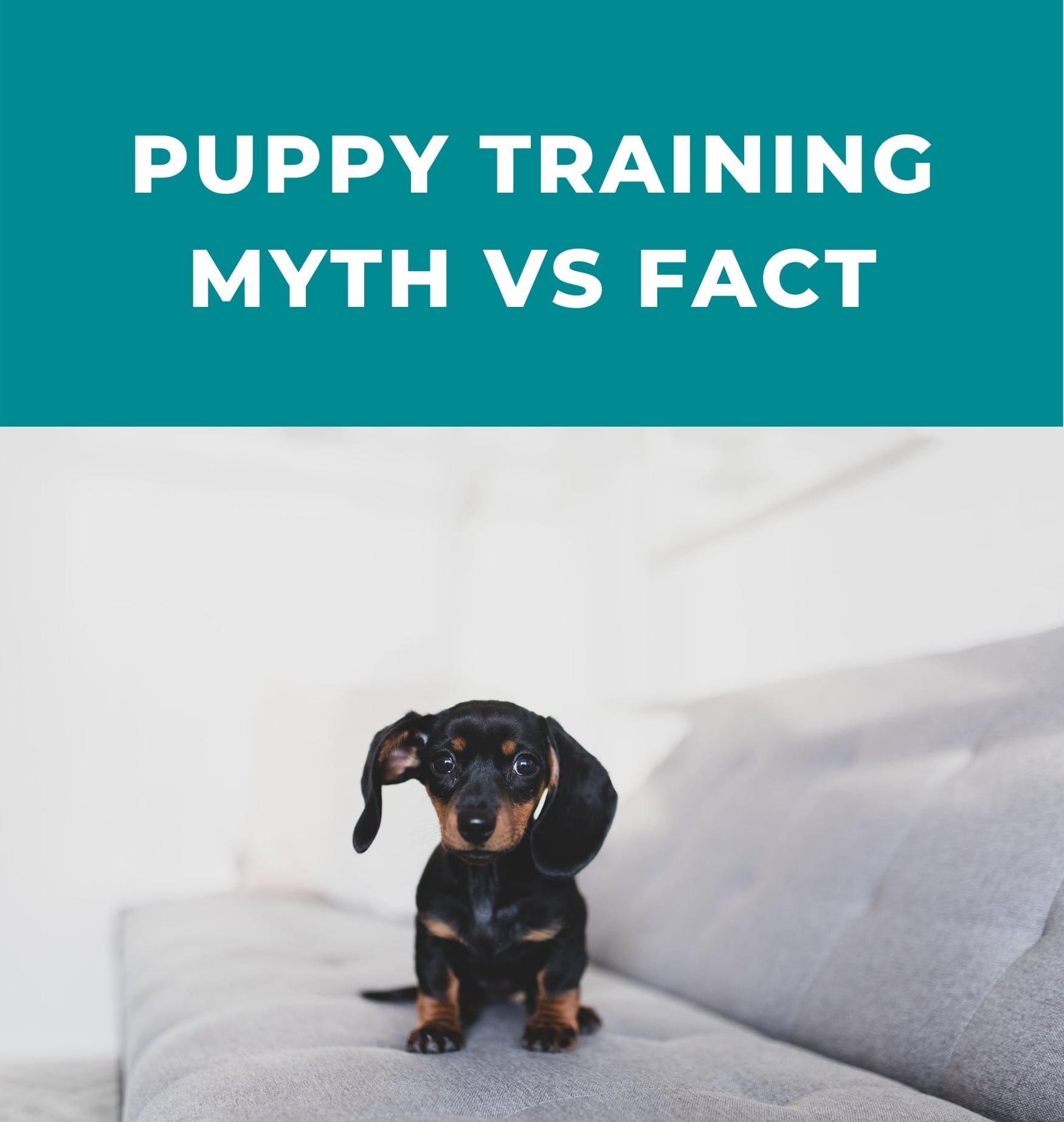 An exploration of 5 common puppy training myths, and what’s the real truth behind them

Remember those stories you heard as a kid - the ones about your face staying stuck in that silly pose if the wind changes? Yeah, that wasn’t true. And neither is a lot of what the internet might say about puppy training.

And we think it’s high time to debunk some of these big falsies once and for all - the 5 common puppy training myths that just keep coming back. So you can raise a happy healthy puppy, without all the fuss in between.

Research around puppy training has really developed over the last few years, giving us a better understanding of dog behavior and their cognitive processes. Here are the 5 most common myths about puppy training, how they began, and what the research says now. 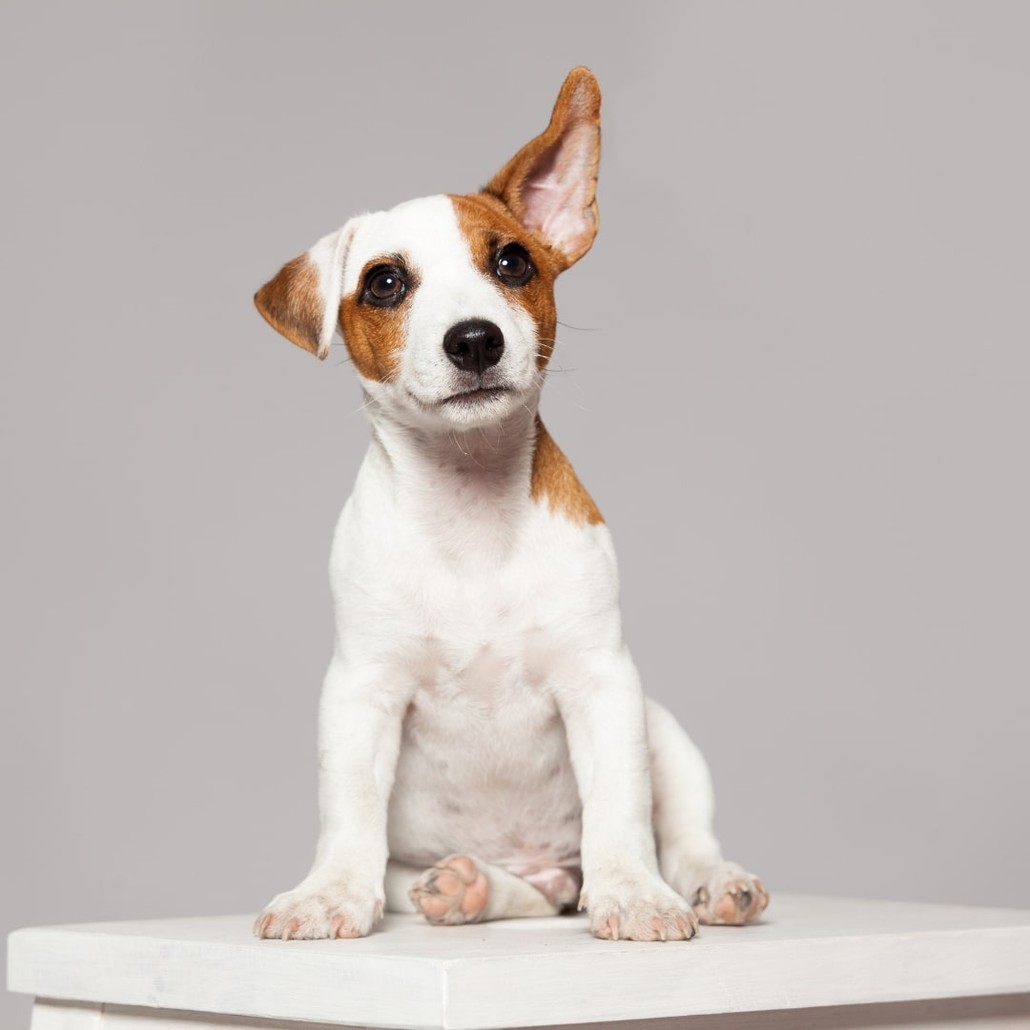 This is the biggest myth floating around the doggo world. And it’s based on a piece of research from the 1970s. After watching wolves, researchers assumed training should mimic the pack dynamic, with an “alpha” at the helm. Which was translated into posturing and a bit of tough love.

However - modern scientists have since pointed out that the wolves in question were in fact captive. These highly stressed wolves were actually behaving very differently to their wild cousins, who are shown to be much less into the aggressive stuff and much more into cuddles…

Recent studies have now shown that dogs trained using softer methods, such as positive reinforcement, perform way better at tasks. Much better than dogs from “discipline” led schools. These disciplined dogs actually showed more stress, had higher cortisol levels, and were much less likely to even try the new tasks.

So you can absolutely be your pup’s best friend, and still have a well-behaved doggo when they grow up. 2. “Tug of war teaches your dog to be dominant"

These Alpha ideas are taking a while to be shaken out of our coats, so to speak. They are often found in phrases like this still.

It’s actually just a fun and energetic way for your puppy to blow off steam while learning appropriate biting and chewing behavior.

There’s some science to back it up too. One study found the game itself had no significant impact on aggression in the dogs. In fact, they reported that dogs who played tug of war and fetch had more confident interactions with their people. This was especially true if it was the human who initiated the game, rather than the dog.

Playing tug can help demonstrate the correct places and times to unleash their natural behavior. It can also set healthy boundaries for dogs, and shows them we know how to have fun too. 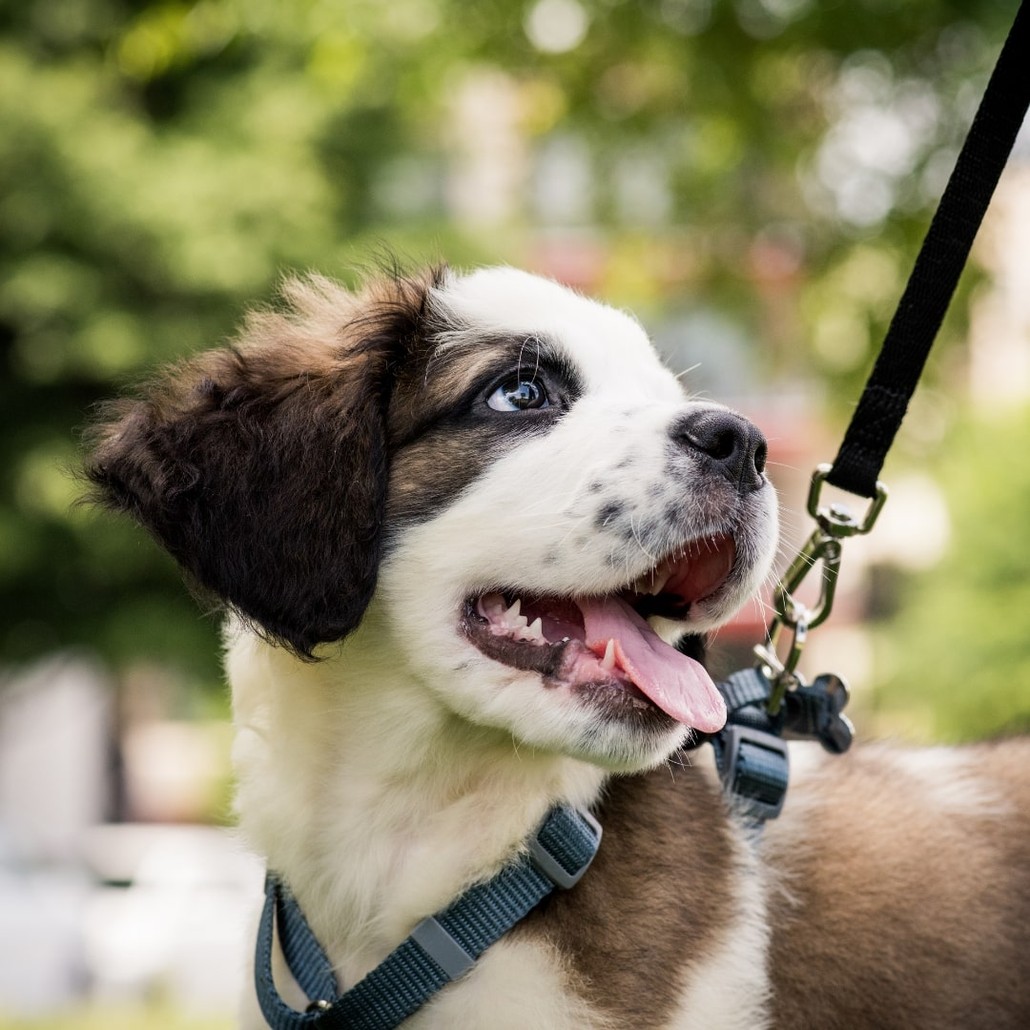 3.“If your puppy pees or poops in the house, rub their nose in it to stop it happening again.”


Oh, dear. This one is a common one, often slipping into conversation and ruining your snacks…

The biggest reason to not follow this advice is that it could cause illness and health issues for your dog.

The consensus is also pretty clear now; no professional trainer or vet would recommend or endorse this behavior. As we now realize, positive reinforcement is the most effective training tool going. It can be utilized super effectively to offer a much better, safer, and more productive way to communicate about potty training with your puppy.

Great potty training is about accepting responsibility. It is our duty, as pup parents, to teach our pups where to go.

Pee pads, like our Potty Buddy, are a brilliant way to ensure your dog always has an appropriate place to go. For example, if the weather is bad, you are stuck in traffic, or simply can’t make the stairs down from your apartment in time!

Check out our Puppy Pee Pad Bootcamp for more tips on potty training, and how to train your pup in an effective and stress-free way. 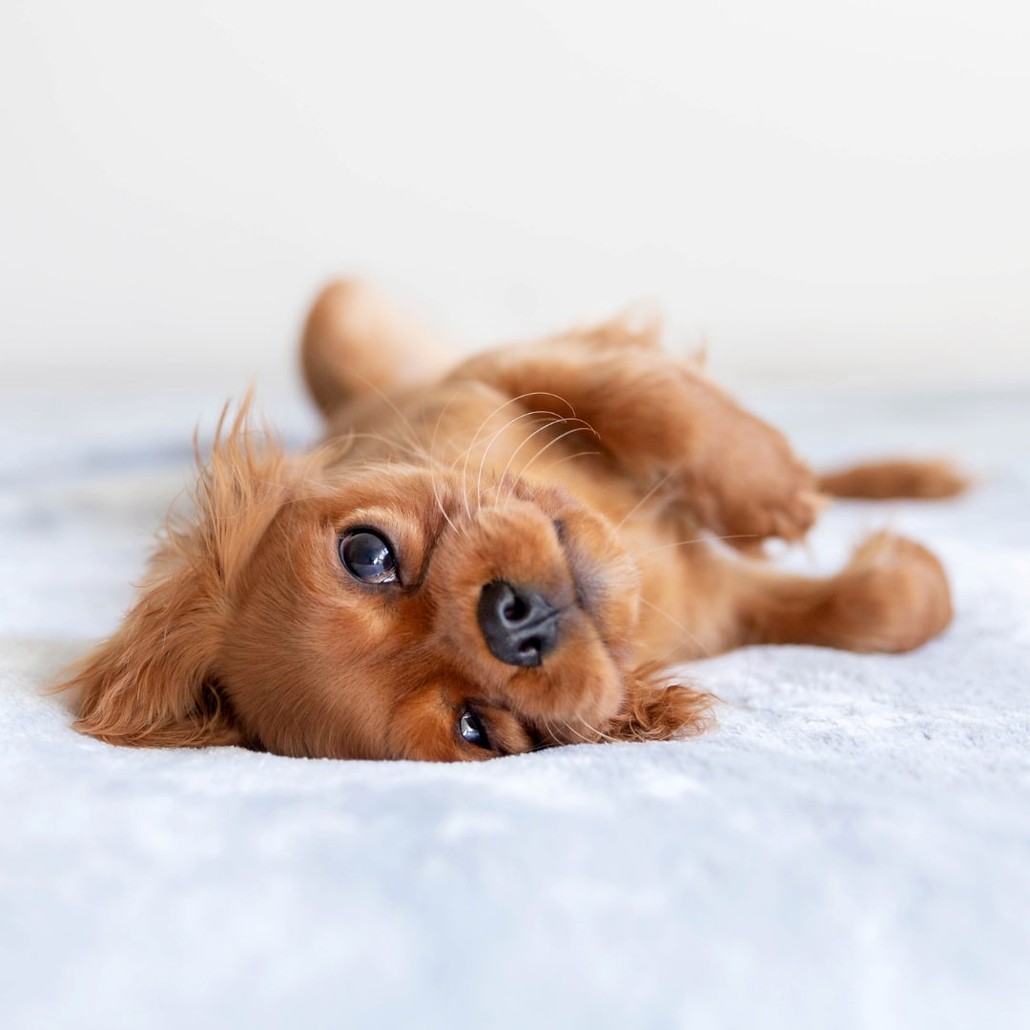 4. “If you let your puppy sleep in your bed they won’t respect you”

The wolf strikes again! While this is a personal decision that every owner should decide for themselves, allowing your dog to sleep in your bed certainly isn’t a recipe for disaster. As we’ve already established, being dominant isn’t your biggest concern when it comes to puppy training.

In fact, there’s some interesting research to suggest curling up with your canine could have lots of benefits for you. People experiencing PTSD found that sleeping with their pet helped diminish nightmares. Plus, it’s been found that women especially benefit from stronger feelings of comfort and security when sleeping with a dog.

Sleeping with your dog has also been shown to release oxytocin - the anxiety and stress-busting hormone.

Dogs and Their Promising Roles in Sleep Disorders Therapy.

The only factor to affect your sleep decisions? Whether or not your pup snores 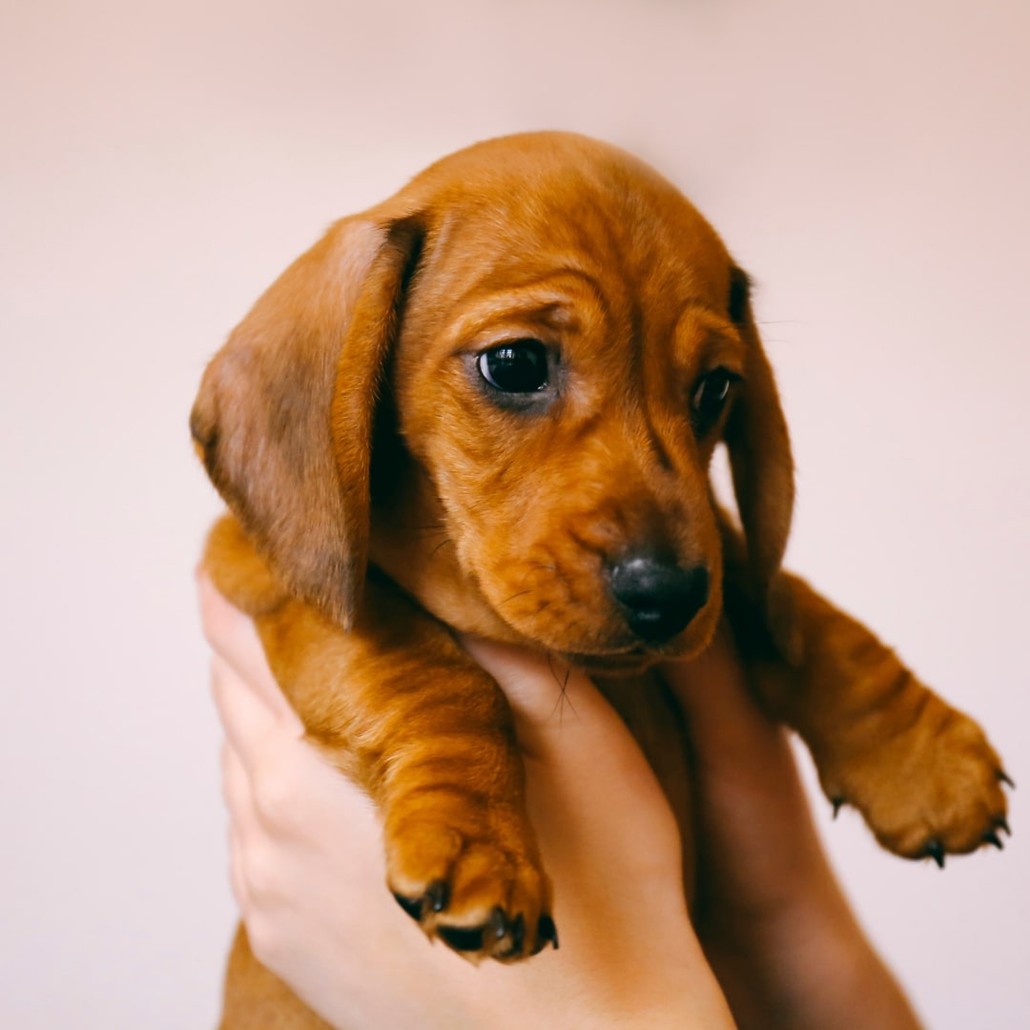 5. “Spending too much time with your dog will give them separation anxiety.”

This one is an interesting myth to unpack, so let’s put our research goggles on.

Separation anxiety is defined as distress in dogs following the absence of an attachment figure. This can take the form of puppies leaving a wake of destruction, excessive whining and barking, and a few accidents!

If your pup is a shadow, following you everywhere from the shower to the sink, you might be worried. You might think that you need to put a stop to the constant snuggles. But recent research says you don’t have to!

The research found that dogs actually spent the same amount of time in close proximity to their owners in an attachment test, regardless of their scores on a test of separation anxiety. This suggested that time spent close to an owner is not an indicator or variable in separation-related problems. Phew!

One study also found that separation anxiety is not always based on “hyper attachment” of the dog to the owner, that even dogs that score lower in their attachment can suffer from anxiety when left alone.

As social animals, some doggos just get a little worried when left alone. But research again suggests that the best way to approach this issue is systematic desensitization. Leaving your puppy alone for a few seconds initially, and gradually increasing this with time. Adding something pleasurable to this equation, such as a stuffed kong, can help create “counterconditioning” - so that alone time actually becomes associated with yummy treats.

A study found that this combo was successful for 100% of the dogs treated. That’s pretty good odds!

So stay happy in the knowledge that that little shadow is just fine as they are!

There you have it! The truth behind 5 puppy training myths. Now, go forth and enjoy bonding with your precious pup… without having to worry about rubbing their nose in anything unsavoury! 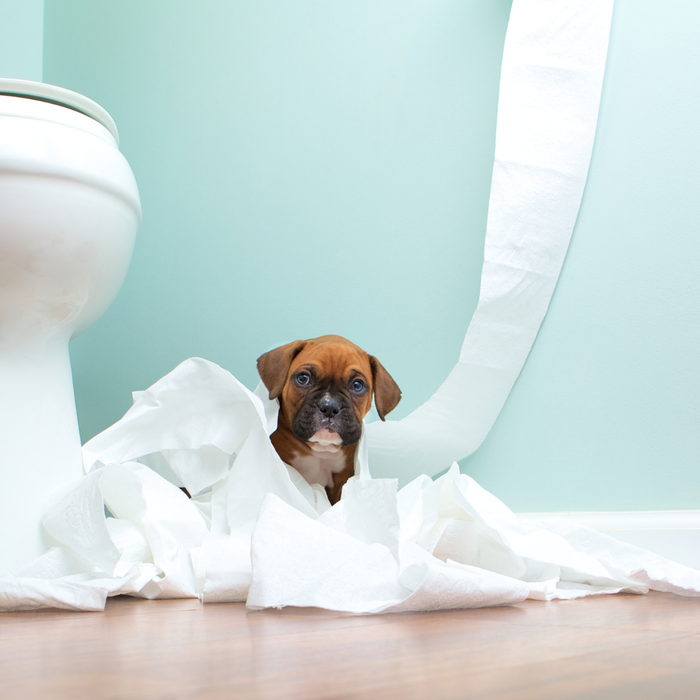 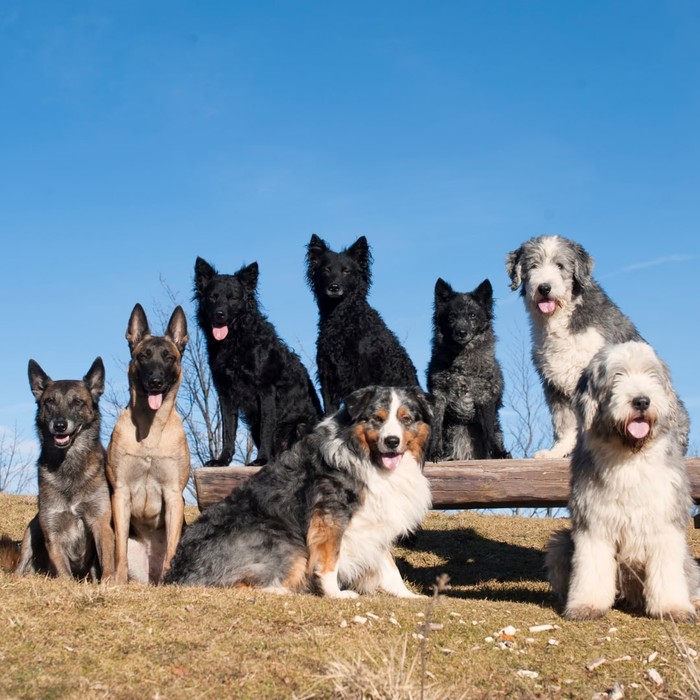 The 5 Dog Personality Types - Which One Is Yours? 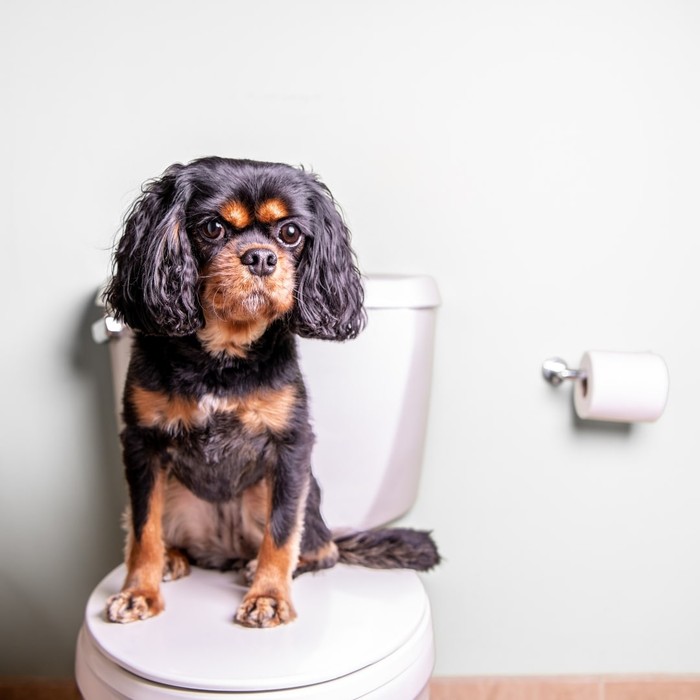